It’s their fourth meeting of the season, with Victoria winning all three games thus far.  Most recently on October 7th in Vancouver by a 2-1 score, and prior that opening the season with 6-4 and 3-2 victories.

The Royals are riding a 3 game win streak after a 4-3 overtime victory over the Brandon Wheat Kings on Tuesday, wrapping up a 4 game homestand with a 3-1 record.  With 18 points, they sit tied with Spokane for 3rd in the Western Conference.

The Giants have dropped their last 5 contests, most recently a 3-2 decision to Brandon Wednesday.  Both of the clubs wins have come at home, and they sit last in the league with 4 points.

Florida drafted, Steven Hodges has been added to the Team WHL roster for the Subway Super Series game in Victoria against the Russian National Junior Team November 15th.

The Giants are led in scoring by Jackson Houck with 15 points in 11 games, followed by Red Wing draft pick Marek Tvrdon’s 10 points.  Overage forward Kale Kessy is eligible to play his first game for Vancouver after being acquired from Medicine Hat and serving a 12 games suspension for a check to the head.

After Vancouver, the Royals will play in Kamloops Saturday before returning home to practice in preparation for 5 straight on the road, beginning the following weekend in Portland. 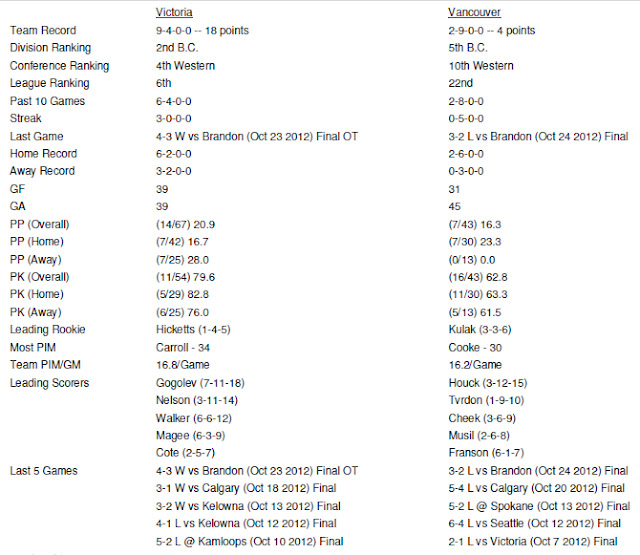