Last year the Hitmen took both games in Victoria by 9-4 and 5-3 scores.

Head Coach Dave Lowry squares off against the team he spent 4 seasons coaching, 3 as an assistant and one as the bench boss.  That season he posted a 59-9-3-1 record as well as an Eastern Conference title in 08-09.

It’s also the first time Alex Gogolev (3g, 10a) and Zane Jones (4g 5a) face their former clubs since being traded for each other in the pre season.

Calgary has only 1 regulation loss in 10 games this season and are coming off a 5-0 win in Prince George Wednesday where they fired a franchise high 27 shots in the second period.  Zane Jones had 2 goals, and Brooks Macek's 3 assists helped extend his point streak to 10 games.

The Hitmen have only 1 regulation loss in 10 games this season and received an honourable mention In the CHL Top 10 this week.  That loss came at home to the Kamloops Blazers on Sunday by a 5-2 score.  Their .800 winning percentage is 2nd only to the Blazers.

The Royals are coming off a 3-2 victory, earning a split against the Rockets last weekend.

Victoria is 1-1 in their four game homestand which wraps up next Tuesday against the Brandon Wheat Kings. 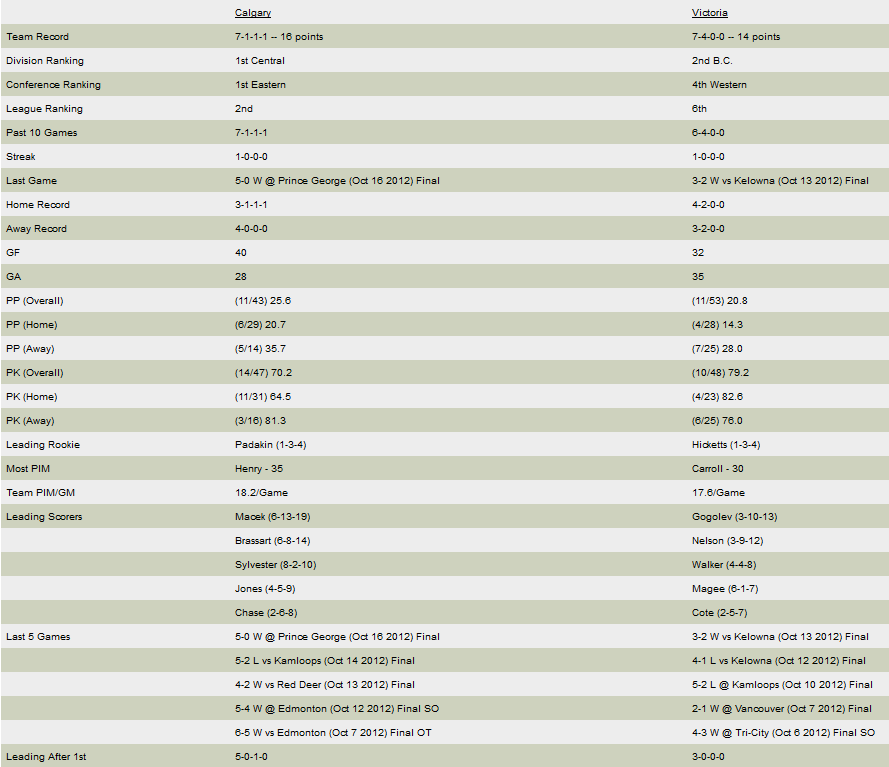